A Factor
The pension benefit accrual in a calendar year.

Accrual percentage
This is your annual pension accrual in percentage of the pension base.

Accrued pension
This is the amount of annual pension accrued by you until 1st January of this year. Suppose your participation terminated on 1st January of this year, this is the benefit you can expect when you retire. If your participation continues, you continue accruing pension in this pension plan. Your pension commences on the first day of the month in which you reach the retirement age.

Actuarial assumptions
Information that is used to determine how much money is required to be able to pay the pension promises. This is for example the actuarial interest rate, mortality rates, disability rates and costs.

Actuary
A specialist who does actuarial risk analyses and calculates the reservations required for the determination of the pension commitments.

AFM
The Authority for the Financial Markets (AFM) supervises the financial markets in the Netherlands. This concerns providers of financial products and services and companies issuing stocks and shares.

AOV
As of the AOV retirement age you receive an AOV benefit from the government. Please go to www.rijksdienstcn.com for more information.

AWW (Widows and Orphans (Benefits) Act)
In the event of your death, your partner and/or children may be entitled to a state benefit. Please go to www.rijksdienstcn.com for more information.
Please visit the website of the SVB.

Beneficiary
The person who receives the (future) benefit. Either the participant or his/her surviving dependant(s).

Benefit claimant
Someone who can claim a benefit.

Board
The board of a pension fund consists of representatives of all participants, deferred participants and retirees in the pension plan.

Capital
The money reserved to pay out the accrued pension entitlements in the future.

Cash value
The amount required to make one or more payments in the future, taking into account any future interest. In the pension plan this amount is often used when referring to the future pension.

Child
A child of the participant is understood to mean the own children or step or foster children who are provided for and raised as one’s own, and who are not married or have not been married. A child can be eligible for orphan’s pension until the age of 21 (or under conditions age 25). Payment starts after the participant passes away.

Citizen service number
Your registration number at the municipality where you are registered (previously social security number). Everybody has a unique number.

Corporate governance
Corporate governance refers to a structure of relationships between the various company organs such as the Board of Management, Supervisory Board, shareholders and other interested parties, in which accountability, transparency and supervision play an important part. Pension funds invest in companies listed on the stock exchange and are therefore also shareholders.

Deferred participant
No pension premium is paid for this person. Also referred to as early leaver.

Defined Benefit agreement
An agreement in which the pension benefit has been determined.

Dependant’s pension
Pension specifically aimed at the benefit to the partner and children in the event of death.

Divorce
The dissolution of the marriage as a result of a divorce decree.

DNB (Dutch Central Bank)
DNB is responsible for the supervision of financial institutions. DNB supervises among others pension funds, insurers and pension plans that are directly placed with an insurer.

Equalization (equalize)
Distribution of the entitlements to retirement pension accrued during the marriage in accordance with the system of the Pension Benefits Equalization Act in the vent of divorce.

Flexible elements
The options offered by a pension plan with which participants can organize their pension package in accordance with their individual circumstances and insights.

Former participant
A person for whom no longer pension contribution is paid, but who is entitled to a pension upon reaching the retirement age. Also referred to as sleeper. You become a former participant when you start working for another employer and no longer accrue pension with PCN.

Foundation
Legal entity with a certain private capital and a certain objective.

Indexation (see also supplement)
Increase of a pension or pension entitlements, which is granted annually by virtue of a stipulation described in the pension plan regulations.

Investments
The conversion of capital or resources into securities or objects in order to maintain or increase the value.

Life certificate (Attestatie de Vita)
This life certificate is a statement that must be provided each year by the PCN retirees who are living outside the BES islands. With this statement, that has to be signed by a competent authority, PCN can determine whether the pensioner is still alive.

Orphan’s pension
Dependant’s pension that is paid to the children of a participant of a pension plan – until a certain age – after his or her death.

Outgoing value transfer
An amount of money that is transferred to another pension administrator o purchase pension entitlements for a participant.

Outperformance
The difference between the performed return and the benchmark return (positive or negative).

Part-time pension
An employee is working part-time and partially retired. He continues accruing pension over the salary earned with employment (usually until 65 years).

Participant
Person to whom pension entitlements have been allocated on the basis of participation in a pension plan.

Participant rights
Rights of participants by virtue of a pension plan or Legal stipulations, both in terms of capital as well as legal rights.

Partner
A married or unmarried relationship of a participant, officially laid down by a marriage, a registered partnership or (notarised) cohabitation contract.

Partner pension
Dependant’s pension for the partner. The benefit is paid out if the participant dies.

Pension
Collective term for periodical benefits (usually per month), which replace the former salary in the event of retirement, death or disability. Mutual characteristic is that payment of the pension is terminated when the beneficiary has died and that the accrual of it is connected to employment.

Pension accrual
The amount of the annual pension accrual, called the A factor, determines to what extent you can utilise the tax allowance for supplementing your pension with annuities. If you want to calculate your possibilities, please use the Tax Return Program of the Tax Authorities on the website. Your financial consultant can help you with this. The pension accrual is indicated on the annual Uniform Pension Statement. Please visit the website of the Tax Authorities.

Note: the pensionable salary is subject to a maximum. If you earn more than $ 47,500 (2022), you do not accrue pension over this extra part. This amount is established each year.

The pensionable salary is your gross salary + allowances (for example holiday allowance, Christmas bonus or year-end bonus). If you earn more than the maximum pensionable salary,   -$ 47,500 (2022) , you do not accrue pension over that extra part of your income.

The offset is that part of your income over which you do not accrue pension, because you are also entitled to an AOV benefit from the government. The offset is redetermined each year when the AOV amounts of that year are disclosed.

Pension beneficiary
A person who can claim a benefit on account of a pension plan.

Pension fund
Foundation that looks after a safe and sound arrangement of the pension entitlements arising from a pension plan and collects, administers and manages capital. A pension fund can outsource this and come to an administration agreement with a pension administrator.

Pension Fund Governance (PFG)
Principles for good pension fund management. ‘Good pension fund management’ is a translation of the term Pension Fund Governance. It refers mainly to the way in which the board has been organized, the way the board renders account to the parties involved and the way in which the internal supervision has been organized.

Pension gap
A pension gap, also referred to as pension deficit, is the result of a pension that is not fully accrued. For example due to insufficient years of service, changing employer (without pension plan) or a divorce. Those can be reasons why later on you may not be able to live as you are used to.

Pension plan
A plan for which a participant pays premiums and which guarantee the participant with an income after retirement. Also referred to as pension agreement.

Pension plan regulations
General description of the pension plan applicable in the company, professional group or industry involved. In the plan it has been laid down who participate in the plan, how the level of the pensions is determined, which entitlements there are, what are the consequences in the event of dismissal, marriage, divorce, occupational disability, retirement and death. The pension plan regulations are the legal basis from which the people involved claim their entitlements and benefits.

Pension rights
Rights of participants on account of a pension plan.

Pensionable salary
This is the part of your income to be pensioned. In the pension plan regulations it has been determined which elements of pay are pensioned or pensionable.

Performance
The total return on investments.

Premium
This is the amount that you pay for the pension accrual including any voluntary additional premium.

Retiree
A person whose retirement benefit has commenced.

Retirement date
The age at which the retirement pension commences by virtue of the pension plan.

Salary data
Specification of the employment relationship between employee and employer, especially data about remuneration.

Salary increase
Development of the salaries over a certain period.
Social Affairs department of the Dutch Caribbean government department
Government body responsible for the administration of, among others, the AOV and the AWW.

Special partner pension
A dependant’s pension or partner pension that is allocated to the ex partner in the event of a divorce. The benefit is paid out if the participant dies.

Supervisor
Independent and impartial organization appointed by the government that supervises the compliance of laws and regulations by pension funds. See De Nederlandsche Bank (DNB).

Supplement (see also indexation)
Increase of a pension or pension entitlement, which is granted on an ad hoc basis or is annually granted by virtue of a regulation laid down in the pension plan regulations.

Surviving dependant(s)
The partner of the participant who was married to the participant on the day of death. A registered partnership which was entered in the Netherlands holds the same status as a marriage.

Survivor tables
Survivor tables are based on mortality tables that indicate the number of people who are still alive after x years from a standard number of 0 years old. The name of the table indicates over which time observation period the data have been retrieved (e.g.: Entire Population 2000-2010).

SVB (Social Insurance Bank)
Official body that is in charge of the administration of among others the Old Age Pensions Act and the Surviving Dependants (Benefits) Act.

UWV (Employee Insurance Administration Agency)
UWV is the administrator of the social insurances for employees and employers, such as the Unemployment (benefits) Act, Work and Income (Fitness for Work) Act and the Incapacity for Work Insurance Act.

Value transfer
The transfer of the cash value of pension entitlements to prevent pension loss if an employee becomes a participant in another pension plan. 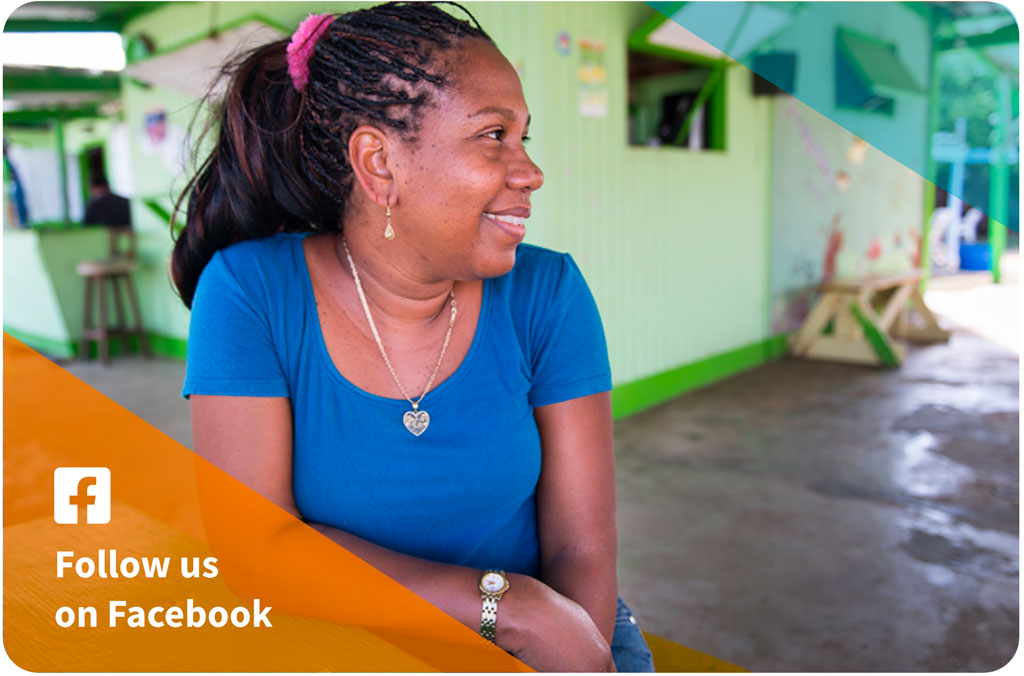 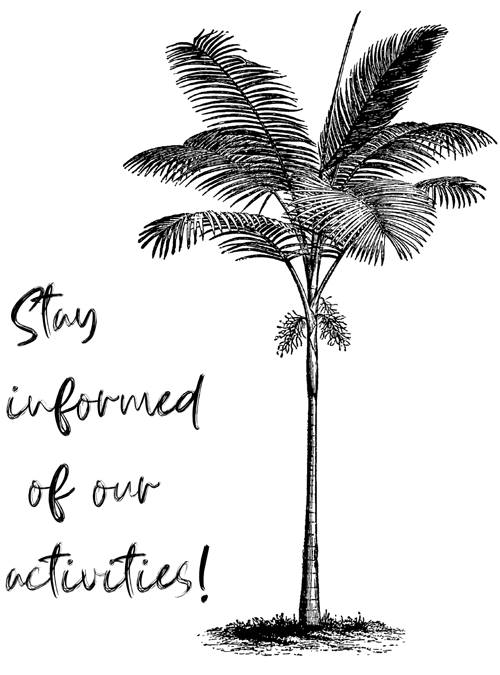 Do I have to register myself with the pension fund?

How do I get information about my pension?

Am I automatically insured for partner pension for my partner?